Well, when I predicted yesterday at the end of the first go-round of Round 1 that things might change in a hurry-- and particularly with regard to South Korea-- I didn't really know the half of it, did I?

It's all smiles with the Albiceleste today! 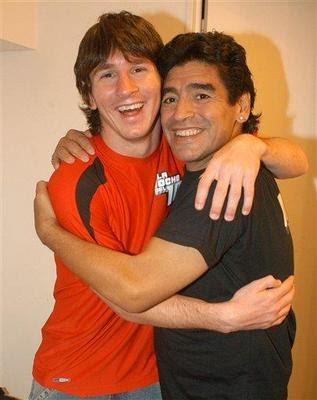 So just a quick little update to bring my rankings (slightly more) in line with reality:

3. Argentina
The Albiceleste (my other favorite international side besides Italy) make their debut in the Power Five and looking powerful against a well-regarded South Korean sie-- and now with the Golden Boot leader... who is NOT Lionel Messi!

4. Brazil
Wouldn't it be great to see the two South American powerhouses meet in the semis? Honestly, at this moment I don't know which one looks more impressive. We need to see another game from Brazil to learn more-- and against someone other than the "Stealth" North Korean side.

5. Switzerland
Keep hanging in there!

Aaaannnnd we say goodbye (at least for now) to:

South Korea
Posted by Van Allen Plexico at 6:48 AM

The constitution says that a referendum will be called to decide if the president remains in power if a second petition is signed by at least 20% of the electorate,miu miu outlet or nearly four million people.But the government has already made it clear that the referendum will not go ahead.'Foreign intervention plot'Mr Maduro accused the United replica handbags uk States of leading a plot to deployforeign troops in his country, and force him from office.He told foreign journalists that a US military plane entered Venezuelan air space twice last week without authorisation.Politicians and media from outside the country have been trying to sow chaos in Venezuela to justify intervention, he said.cheap replica handbags"This whole campaign, has a centre. There is an axis: Madrid, Miami and Washington," said Mr Maduro."But there is a centre of planning, of direction, lobbying, strength and funding. That centre is located in Washington."He promised to fight back and to do everything in his power "to continue winning the battle for internal peace".chloe replica Mr Maduro also made reference to the recent suspension of Brazil's President Dilma Rousseff to face an impeachment trial.He described the process as a coup, backed by foreign powers.