World Cup of Beers: Mexican Qualifying Results are in 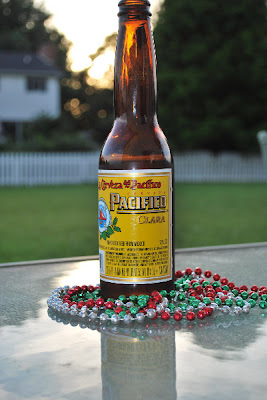 We've had the first shock upset in the World Cup of Beers!

The defending champion has been dethroned!!!

In tonight's CONCACAF Qualifying for the Mexican spot in the World Cup of Beers, the prohibitive (pardon the pun) favorite was my 2006 "Official Beer" of my World Cup of Eating and Drinking-- Dos Equis Lager.

But its opponent, a newcomer to my beer menu called Pacifico Clara, pushed Dos Equis all the way to penalty kick drinks-- and then prevailed!

So here's to the outgoing champs, dethroned and not even getting to compete in this year's Cup. While Dos Equis was as always a great-tasting beer, good enough to push Pacifico Clara to extra time and then to PK drinks, it just didn't quite have that extra *oomph* that the newcomer had.

And so here's to the new representative for Mexico: Pacifico Clara!
Posted by Van Allen Plexico at 5:24 PM