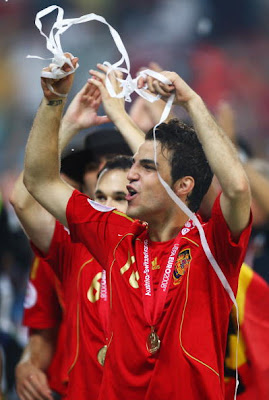 This is supposed to be "Spain's group to walk away with"-- the group they dominate before heading along their inexorable path to their alleged finals clash with Brazil.

But I like the other three teams in this group, too.

We all know about Spain, so I'm going to spare the (virtual) ink and just say "They're really, really good." Yes, yes-- they've lost only one match in like four years (to the USA! Wooo!). Yeah yeah, their midfield and forwards are telepathically linked together and benefit from the preternatural passing of Arsenal's Cesc Fabregas.

But just remember-- they are Spain.

They are the Buffalo Bills of soccer.

They are (if you will recall my earlier column) the Auburn Tigers of soccer.

In other words, SOMETHING ALWAYS GOES WRONG.

Surely they'll get out of the group, at least-- right?

Before you lump these other three teams into the junk pile, let's take a look at just who they are:

Chile has a lot of potential. They play fiery offense and can put points on the board. Against a Spain that still might be suffering lingering effects of fragile team psyche, an early goal by Chile could cause a meltdown. Is such a thing likely? Probably not. I'm just sayin'...

Switzerland.... Oh, man. I've been waiting a while to point this little juicy tidbit out. Bear with me here, as we flash back:

In the 2006 World Cup, Switzerland failed to score a goal. That's right-- they did not score a single goal in the entire tournament.

And yet-- get this!-- they missed making the Quarterfinals by losing in penalty kicks in the second round.

Only in soccer could a team come within a whisker of making the Final Eight without ever scoring a single time.

How was this possible?

Old school SEC fans gather 'round, and let me spell it out for you:

Not only did they not score-- they did not give up a single goal during the entire tournament.

That's right-- not a single time did an opponent put a ball past the Swiss keeper. 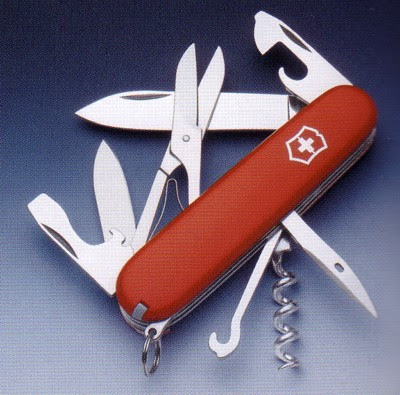 Every Switzerland game finished 0-0. In group play, with no extra time, that was that-- and so the holey-cheese guys accumulated three points--enough to get them into the second round. (A goal differential of zero didn't hurt, either.)

But in the second round, draws cannot stand-- so they went to PKs and the Swiss lost.

Just think, though-- they could have won the PKs easily enough, and that would have put them through to the Quarters still without having scored.

So, anyway-- the Swiss have the potential to surprise. They play good defense (like Paraguay, as I mentioned in a previous post). And they're tough.

And then there's Honduras. The also-ran entry from mighty CONCACAF, after the USA and Mexico, Honduras is a remarkably resilient team, with the potential to surprise. If any of the other three teams takes Hondo for granted, they may find themselves regretting it.

SO--there you go: My case for how Spain could lose to any one of their group opponents.

Will they, though? Probably not.

Yeah, they won Euro 2008-- so they've finally won something.

But they have to show me they can hoist the big golden ice cream cone before I'll really believe they can pull it off.

Show me what ya got, Espana.
Posted by Van Allen Plexico at 7:21 PM

Spain and Italy seem to have the easiest groups of all the seeded teams.

I could see Italy making the quarterfinals before they really find an opponent that will give them trouble.

Everybody's always big on Spain, and they seem on paper to be a great team (and now this time around they have a lot of recent success to point to)... but...

their World Cup's always seem to end in disappointment and/or shocking upsets.

I wish them the best, though.

that should read "their World Cups always end in disappointment..."