When was the Last Time Auburn & Alabama Both Went 3-2 to Start a Season? 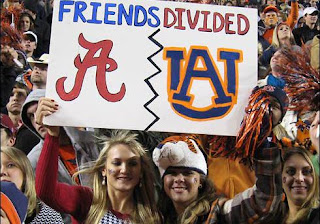 If (big if) Alabama loses to Georgia on Saturday, and if (hopefully not big if) Auburn beats San Jose State, both programs will stand at 3 wins and 2 losses to start the season.

This is pretty amazing considering how both teams were expected in pre-season to be very highly ranked and to contend for conference and national titles.

So it got me to thinking: When was the last time both teams started out 3-2?

I've done the research. Here are the somewhat interesting results-- and it wasn't as long ago as you might have thought:

Looking all the way back to 1970 (who has the time to dig further back than that?) we find that both programs have started with a 3-2 record about the same number of times:

There were a few other seasons since 1970 when it very nearly happened:

If Alabama could have pulled out a win over Vanderbilt in 1984, both teams would have started 3-2 that season. As it was, Alabama lost to the Commodores and began at only 1-4.

Similarly, Auburn's 1-point loss to Baylor in 1976  prevented both teams from beginning that season at 3-2.

--Van Allen Plexico is one-half of the AU Wishbone, along with co-writer/co-host John Ringer. Their AU Wishbone podcast program is available via iTunes and on the War Eagle Reader and via the War Eagle Sports Radio app. Their best-selling books on Auburn football can be found on Amazon: 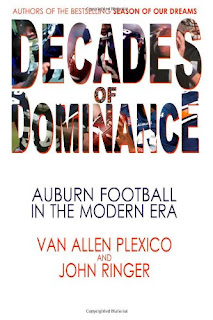 DECADES OF DOMINANCE: AUBURN FOOTBALL IN THE MODERN ERA 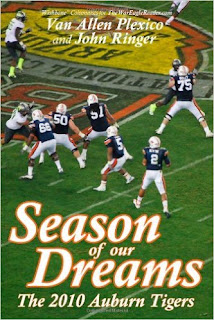 SEASON OF OUR DREAMS: THE 2010 AUBURN TIGERS