World Cup of Beer: Group B Draw and Results!

Group B in the World Cup of Beers drew as follows: 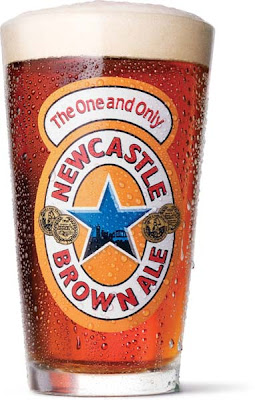 Pacifico Clara, the shock Mexican qualifier, collapsed at crunch time. Unable to compete on the big stage, it exited quietly with only a single point, earned in a tough drawn match against Japan's Asahi.

The Japanese qualifier, Asahi, managed to grind out two draws but, with only two points earned, exited quietly.

Second place in Group B went to Jamaica's Red Stripe, who took down Mexico's beer and eked out a draw with Japan's to earn four points, thus moving on in the competition to the knockout phase.

This is, of course, the correct result, although I have fond memories of ice cold Red Stripe from my college days.

Blaaarghh, Pacifico exiting vs. Asashi? Man! I'd have a hard time with Pacifico vs. Newcastle, though... those are probably my two favorite mass market imports!

I was stunned, frankly, at how this played out. I *love* Dos Equis lager and could not *believe* it when Pacifico Clara, which I'd never tasted before the Mexican Qualifying round, beat it out. And then, in this Group B play, Pacifico suddenly tasted like fish oil to me (which Asahi pretty much always does). Maybe I got hold of a bad bottle this time around. But then, soccer teams have bad days, too, and the results must be honored.

Bernie Sanders and Hillary Clinton vie for Kentucky and Oregon.Democratic presidential candidate Bernie Sanders is hoping to keep his campaign alive with strong showings in the Kentucky chloe replica and Oregon primaries.Front-runner HillaryClinton is almost certain to secure the nomination in July, with a significant delegate lead.She has been campaigning in Kentucky, saying husband and former President Bill miu miu replica Clinton would take charge of revitalising the economy.Both races could be fairly competitive, national polls predict.The polls close in Kentucky at 1900 EST (2300 GMT) and replica handbags in Oregon at 2300 EST (0300 GMT).Mrs Clinton has won 94% of delegates needed to win the nomination, a total of 24 states to Mr Sanders' 19.Republicans will vote in Oregon on Tuesday, but that race is all but decided, with front-runner Donald Trump having pushed out all of his competitors.The Kentucky Democratic primary will award 60 replica handbags sale delegates to go to the party's convention in Philadelphia while Oregon's primary will award 74.Kentucky's primary is osed, meaning only registered Democratic voters can participate.In Oregon, voters cast ballots entirely by mail.