World Cup of Beers: Group A Draw and Results

Australia (Foster's) defeats all three of the others to earn first place with 9 points. This beer was smooth enough to defeat rival light pilsners / lagers such as Tsingtao as well as richer beers such as Xingu. 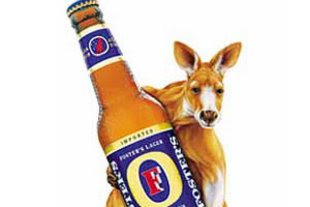 Brazil (Xingu Black Beer) defeats China and Scotland to grab second place and move on as well. It was quite stout but smooth enough to hold its own, and with no negative aftertaste.

Scotland (Belhaven) fell just short against Brazil (Xingu) to miss second place and a ticket out of the group. It had a lot of body but the hoppy aftertaste was too much.

And China (Tsingtao) failed to score a single point. Not good.

9/11 bill passes US Senate despite Saudi 'warning'A bill that would allow the families of 9/11 victims to sue the Saudi government has passed a key hurdle in the US Senate.hermes replica The Justice Against Sponsors of Terrorism Act (JASTA) now moves to the House of Representatives.Saudi Arabia's foreign minister warned that the move could cause his government to withdraw US investments.President Barack Obama said he will veto the bill, but a Democratic senator is "confident" he'd be overruled.If it became law the replica handbags uk legislation would allow victims' families to sue any member of the government of Saudi Arabia thought to have played a role in any element of the attack.Saudi Arabia denies any involvement in the ray ban replica 2001 attack on the World Trade Center and the Pentagon, which killed nearly 3,000 people.Fifteen out of the nineteen hijackers in 2001 were Saudi citizens.In 2004 the 9/11 Commission Report found "no evidence that the Saudi government as an institution or senior Saudi officials individually funded the organisation".A White replica handbags House spokesman said President Obama had serious concerns about the bill, and it was difficult to imagine he would sign it into law.It was sponsored by Democrat Senator Chuck Schumer of New York and Republican Senator John Cornyn of Texas and is expected to be passed by the House of Representatives as well.