Ami & Van's WORLD CUP of BEERS: The Draw is Announced!! 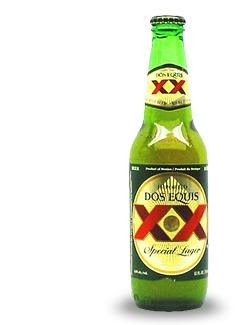 I've mentioned a couple of times previously that, in conjunction with the World Cup (which begins next Friday, June 11), Ami and I will be conducting a "World Cup of Beers."

(At left is the beer selected by me as the "Official Beer of World Cup 2006," after a grueling month of drinking fine beers at establishments all over metro Atlanta.)

Here's how it will work: We have purchased adequate (I hope!) supplies of beers from the countries that have been "drawn" into this year's competition. Each participating country will have one beer to represent it. There will be a pre-tournament qualifying campaign this weekend for countries that have drawn more than one beer. Those countries are marked below with an * asterisk.

Ami will disguise the beers and serve them up in code-marked cups, and I will drink them and choose the winner of each match. (It's a tough job, but...!)

We will have 16 beers / nations represented in the final tournament, which begins next weekend. They will be drawn (by Ami) into four "Groups" for round-robin competition.

The top two beers from each Group will move on to single-elimination competition, as in the real World Cup. And so on until the World Cup Champion of Beers is crowned!

The beers were selected by Ami and me based on a combination of factors-- I wanted to include a few "old favorites" along with a few that I was not familiar with at all. We also wanted as wide of a global distribution as possible, based on what was available here in the St Louis area.

Sadly, I could not find any Tiger Beer (Singapore) or Kiwi Lager (New Zealand). But otherwise I think we did very well.

Without further ado, then, here are the countries represented in the 2010 World Cup of Beers:

So there you have it-- the 22 beers that will enter a final weekend of qualifying before being narrowed down to 16 for the big competition.

I hate not having, for example, an Argentine beer... and surely there are another dozen Mexican and English and German beers (each!) that would have been worthy. I don't feel as bad about leaving out the big, bland, watery US major beers-- I don't drink them anyway.

Tune in later this weekend for the announcement of the Final 16 Countries/Beers!
Posted by Van Allen Plexico at 5:32 PM

Well, clearly Estrella Galicia and Red Stripe have to be the finalists.

Estrella is new to me, but I was happy to have Espana represented-- particularly in a year when they might well win the *real* World Cup! Looking forward to sampling it. (And yeah, I like Red Stripe a lot.)

It's a decent beer from my my mother's part of Spain. I haven't seen it on sale here in Atlanta recently.