The "Shattering" saga represents everything from science fiction that I have always loved, combined in one massive web of interconnected series. These books and stories include everything from Kirby-esque cosmic space-gods to Warhammer 40K-esque massive colossus walkers and Baen-style futuristic military combat to Dune-style far-future universe-building with political and religious systems and hierarchies. 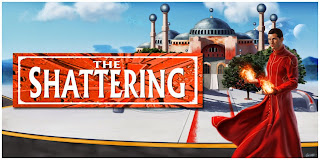 All of that, of course, is the tapestry against which our very (mostly) human heroes and their (human and alien and godlike) villains engage with one another, while the galaxy burns all around them.

The series stands at five novels and one novella thus far, as of summer 2015. Those works are included in the chart below.

Here's a quick and handy annotated overview of the "eras" of the Shattering saga's universe, along with where each of the existing (or soon to exist) books and stories fit into it.

This is therefore a chronological listing according to the internal timeline of the story.

(No real spoilers here. Spoiler details for the various books and stories have been omitted. This is intended as a general reference chart when attempting to place the various works in the proper order.)

(The age before Mankind goes into space)

(War among the Seven Worlds)

(Rise of the Terran Alliance and the Outer Worlds)

(Rise of the Young Empires)

* Legion I: Lords of Fire

* Falcon: Revolt Against the Machine (forthcoming)

* Hawk: Hand of the Machine

Next time I'll present a list based more on "order the stories were written/suggested reading order(s)."

You can find all these books (for the Kindle and in paperback and hardcover) at the White Rocket Books site:  http://www.whiterocketbooks.com  and on Amazon.com, or through your local bookstore. 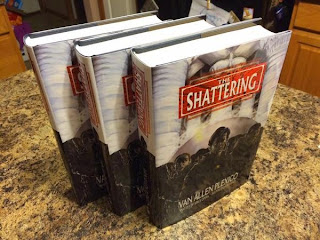 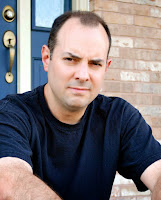 There is a chance you are qualified to receive a $1,000 Amazon Gift Card.