Civil War in the Executive Branch: A General Idea

Here's an interesting story idea that I will never write, but someone who does political thrillers might find worthwhile:

The President is given no power by the Constitution to remove a Vice-President from office. Unlike any other type of official appointed by the Prez, the V-P cannot be "fired." Only Congress can remove a V-P via impeachment process.

And Vice-Presidents have historically had their power limited in part by Congress (and other Cabinet heads) practically revolting when Presidents have even tried to delegate any real power or major projects to their V-P. 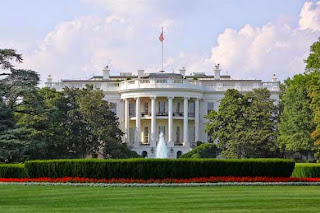 So-- what if you had a situation where the President and V-P had a political and/or personal falling-out, and the President became very controversial and unpopular with (maybe a newly elected) Congress (and maybe even with several of his/her own Cabinet officials)... and so the V-P, with the support of Congress and part of the Cabinet, started taking on more power and openly rebelling against the President?

The President would be stuck, at least until the end of the term (at which time he/she could simply not choose to have that person run with them again). Congress would refuse to impeach the V-P and the V-P could be up to all sorts of shenanigans.

You'd have a civil war inside the Executive Branch, with the V-P supported by the majority of the Legislative Branch.

Imagine, for example, a fictional version of Barack Obama as the President.... and imagine that Joe Biden turned out to be a sort of Ted Cruz in disguise. And that fact doesn't get revealed until a few months into the term, at the earliest. Oh the fun that could be had, story-wise...!

That's just sort of a jumping-off point. Do with that what you will.  But hurry up-- I want to read it!
--

Van Allen Plexico is an award-winning SF/adventure novelist and non-fiction writer and podcaster, as well as an associate professor of Political Science and History.

You can read Van's own interstellar saga of politics, religion and cosmic warfare in "The Shattering" from White Rocket Books, available here. The third volume of the Legion trilogy recently won Novel of the Year in the 2015 Pulp Factory Awards.