The Next Big Thing Blog Hop


I got tagged by Ian Thomas Healy for this, and it seems like a good idea.  Here are The Rules. 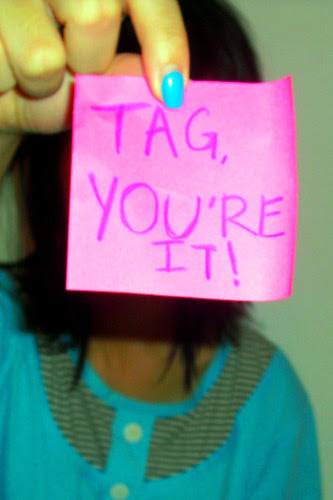 Answer these ten questions about your current WIP (Work In Progress) on your blog.  Tag five writers/bloggers and add links to their pages so we can hop along to them next.

Ten Interview Questions for The Next Big Thing:

What is the working title of your book?
Sentinels Vol. 7: Metalgod

Where did the idea come from for the book?

First--the idea for the title came from learning that the (mostly awful) movie “Rock Star” was based on a book or story called “Metal God,” which is a reference to what heavy metal musicians that become huge celebrities are sometimes called.  I got to thinking about that title and decided that it would make a great name for a supervillain in a superhero-type story.

The idea for the story came from wanting to have the Sentinels face a very menacing villain who turns out to be both more and less than he first seems.

What genre does your book fall under?

The Superhero Prose Fiction corner of New Pulp.  It also touches on Space Opera—as do all of my Sentinels novels—but that’s mainly because superhero stories have always been adept at bridging the divides between street-level action and grandiose cosmic space opera (think of an average issue of Avengers or Fantastic Four, for instance).

Which actors would you choose to play your characters in a movie rendition?

Ultraa is very similar, in physical appearance, to Captain America—so see any list of “actors who should’ve played Cap instead of Chris Evans.”  Lyn (Pulsar) could be played by any talented Asian-American young woman in her teens or early twenties.  Esro Brachis would probably be the toughest to cast because of his more complex character and personality.  (Interestingly, it seems like the Tony Stark we see on the screen, portrayed by Robert Downey, Jr, is much more like Esro than he is like comic book Tony Stark!)

What is the one-sentence synopsis of your book?

Pulsar and her newly-recruited Sentinels face a deadly and enigmatic foe on Earth, while Brachis and Mondrian cross the galaxy to attempt to avert a Kur-Bai civil war!

Will your book be self-published or represented by an agency?

From 2008-2012, Sentinels books were published by Swarm Press, an imprint of Permuted Press, a noted zombie/apocalyptic fiction publisher.  In summer of this year, White Rocket Books took over publishing rights.

How long did it take you to write the first draft of your manuscript?

I’ve been working on this one, on and off, for a year now.  I’m hoping to push to the conclusion in the next couple of months.

What other books would you compare this story to within your genre?

The Sentinels books always have an “Avengers” and “Justice League” feel, but I think this one in particular has a little “Thunderbolts” flavor, as well.

Who or What inspired you to write this book?

All the classic comics stories I’ve read over the years.  And of course now that I know the Sentinels characters so well, they inspire me to keep up with what they’re doing.

What else about your book might pique the reader’s interest?


Start with SENTINELS Vol. 1: WHEN STRIKES THE WARLORD.  It all begins there.  It’s the first volume in the opening trilogy, “The Grand Design.”  Then comes the big “Galactus-level threat” trilogy, “The Rivals.” This new book, METALGOD, is the opening chapter in the third trilogy, which is called “Order Above All.”  If you like superhero action in the tradition of the Avengers, colorful characters, cosmic outer space adventure, tons of characters (good, bad, and in between), and an ongoing storyline of epic proportions, you will love this series.
Posted by Van Allen Plexico at 7:17 AM

Thanks, Van. I posted mine at www.bobbynash.com.